We had the pleasure to collaborate with Emilie Morgane and a whole bunch of super talented artists on Fourplay’s ‘Bound’ music video.

Lara Goodridge, lead singer of Fourplay was an amazing performer and very patient throughout the day, as were the rest of her bandmates – Peter Hollo (Bass/Cello), Tim Hollo (Guitar/Viola), and Shenzo Gregorio (Drummer/Viola).

The video was shot at The Bank hotel, Newtown.

The band’s website describe their new single ‘Bound’ as ” a classic FourPlay, a cut that’s got it all: a big dirty riff that pushes and pulls, urgent and soaring vocals, a deeply melodic chorus, and a crazed viola solo to push everything over the edge.”

Vocals were later added by Lara Goodridge with lyrics about staring life’s challenges down while taking responsibility for who we are, and who we love. Bound reminds us that our decisions have repercussions, and that ultimately we’re all bound together. It’s big and bold and sure to be a live favourite on this upcoming tour!

Don’t miss FourPlay as they showcase Bound along with tracks from their entire career at a venue near you – check out their touring dates below:

And checkout the music video below!

A cool little write up from Australian Cinematographer magazine with Ramy Daniel. talks about his experience collaborating with fellow AFTRS graduate director Eryk Lenartowicz on ‘Dots’. ‘Dots’ premiered at Film Festival in 2018.

Check out the article below.

Check out the trailer for Dots here:

Dots tells the story of a of a small Australian town where people start dying after the arrival of a mysterious stranger. A local police officer, however, is too preoccupied with his Mercedes to pay attention to the deaths.

It’s quirky. Funny in some places, dark in others, a particular type of irreverence that is also compelling commentary on small Australia and it’s obtuse preoccupations. 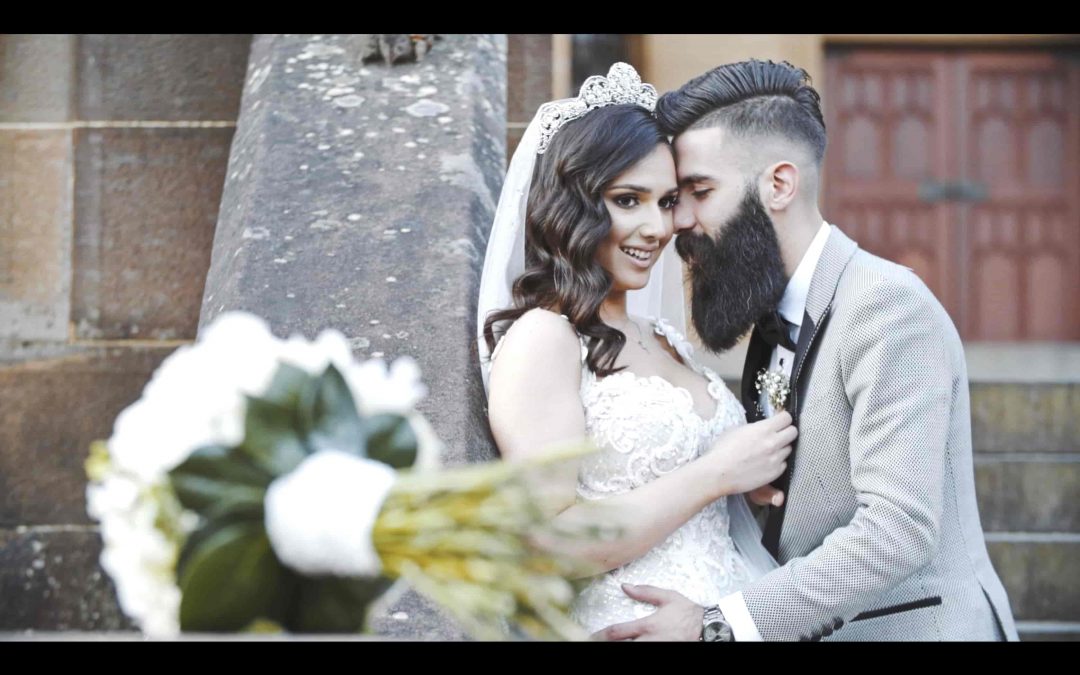 Two beards, a barista and a Wedding video

Hey peeps, a bearded barista and a good friend of mine got married last month in beautiful sydney and we shot his Wedding! It was a good opportunity to review the gear we just shot this wedding with. I hope you might find this short review useful…otherwise just enjoy the video ?

So a week before the wedding we’ve upgraded from canon 5D’s to Sony A7Sii’s cause you know “Canon is taking a long nap when it comes to DSLR video”. What I mean by that, is that the specs from Canon’s DSLR/entry cinema market aren’t really 2017.

We shot S-LOG II not III as you may already know that’s the faster log format to work with and it’s definitely less noisy. It was so hard to focus with but I later discovered that there’s a hidden feature in the back menu that’s an unbaked rec708 LUT you could apply to your display and with peaking, you should get a pretty solid image reference to work and focus with. The other thing to be aware of is to over expose your skin tones by roughly 2 stops as the camera records 8bit 4:2:0 internally- so lifting mid-tones in post might get a little messy during that process in Sony log.

Canon lenses are a great combo if you can live with some metadata glitches that happen (not quite often). But there’s a lot to love about the camera such as:

Speaking of gimbals, this camera is so light-weight and small that you could easily attach it one of those new single handheld gimbals without any effort. We used the Beholder DS2″?” and I could honestly say it’s the most under-rated piece of equipment in the camera market right now when it comes to its kind. Forget about the Osmo and get this thing if you thinking of investing in one.

The only thing I wish I had in the shoot was a variable ND.. it’s a must for exteriors!

Now with post, I was a little unorthodox and might be the first wedding shooter out there who attempted to go through the entire post process with Davinci Resolve. All I could say is that we are already living in the future because this software is a game changer! It smashes Nuke, FCX and Premiere out of the water when it comes to a professional AIO NLE tool and can’t wait to work with it more on bigger projects.

BlackMagic has always had a place in my heart because they’re Australian and they’re really looking out for indie filmmakers. Really looking forward to giving their cameras a chance in the future and I’m willing to take a risk.

Hope you found this helpful somewhat and let me know if you have any relative questions. Peace out. 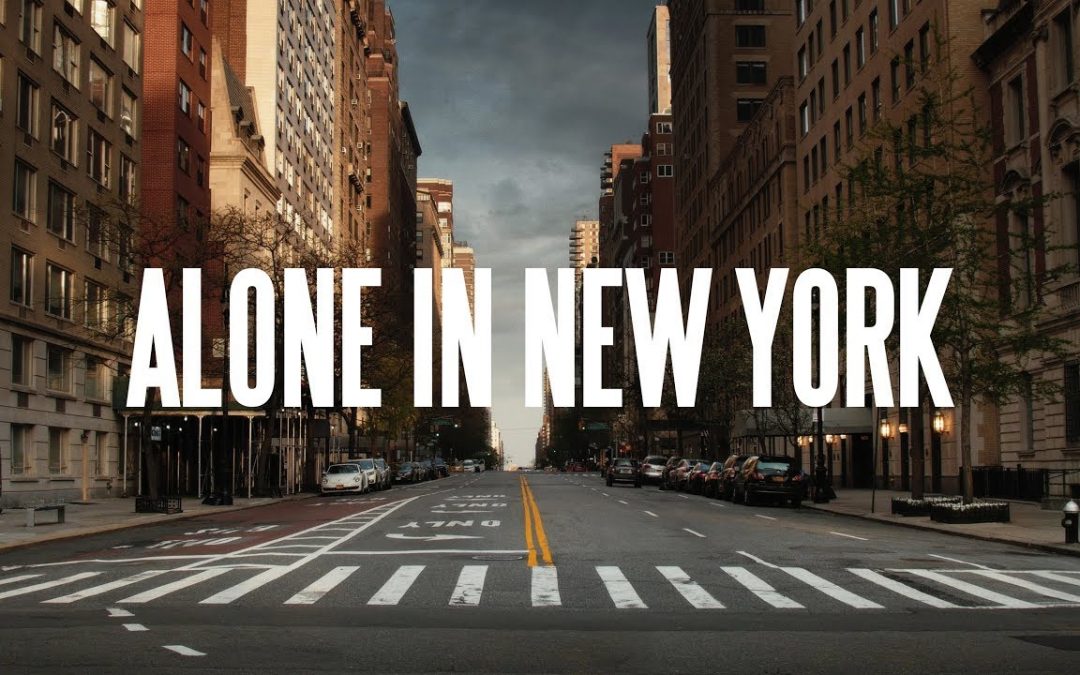 Director Jonathan Wilhelmsson had a whole bunch of footage he took on a recent visit to New York. Painstakingly, he undertook a digital painting technique, where he mapped out and shot some great exteriors, with the idea of emptying them out, free them from people and play around with what was left, with some great assistance from Ramy Daniel for the scenes shot in Sydney.

And yes, we know that taxi’s look very different here in Sydney than New York, but it turns out peak hour on Thursday night is full of Taxis…alas for us.

This film was made by Jonathan with no budget, and relied hugely on a small number of friends, helping each other out. To us, that’s what a lot of is.

Check out the below video, showing some of his amazing talents and process in creating similar visual effects for his earlier project – ‘Waltzing Tilda – Making a Post-Apocalyptic Short Film’.

The short film  and filmmaker Holly Fraser, who featured in Jonathan’s previous film ‘Waltzing Tilda’, which was to much critical acclaim, winning Best Drama Short at Stockholm Independent Film Festival in 2017, as well as taking out awards at Dalarnas, festival in the same year. 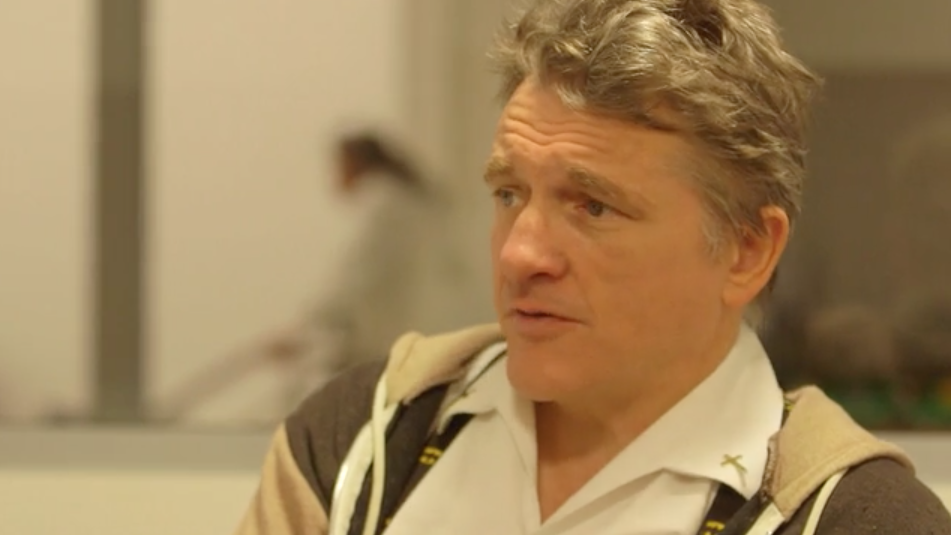 A pre-shoot by Ramy Daniel, in preparation for a future documentary project telling a story of Syria – one that he is waiting for the final pieces of planning to come together for.

Father Dave Smith, also known as Fighting Father Dave, is an Anglican priest, working out of the Dulwich Hill community. In 2013, Smith visited Syria and spoke out against all proposed forms of Western military intervention in the conflict.

The documentary film talks about the work he has being doing in the Dulwich hill community, the history of Dulwich hill over time, his boxing, and what led him on his journey to his humanitarian work in Syria.

The next project that this will lead to, will be shot with Rev. David B. Smith in Syria and share the truth about what the media isn’t doing a great job at; informing you with what’s really going on there.

Find out more about the inspirational Father Dave and his work in Syria here:

Smith is also a published author and has taken a very public stance on various human-rights issues, most especially the Palestinian occupation and the current war in Syria where he opposes all forms of Western military intervention.

Smith is best known for his work with at-risk youths, especially in his use of boxing for those suffering from substance abuse problems and anger management issues. He is also a 6th degree black belt and a professional boxer.

Smith has been twice awarded Marrickville Citizen of the Year award and was nominated for Australian of the Year in 2004 and 2009. In 2012, he broke the world record for the most continuous rounds boxing